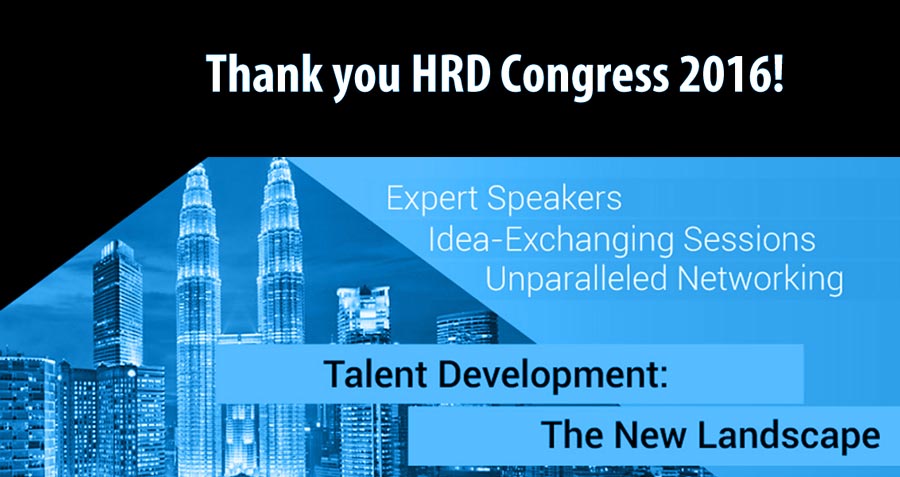 I was recently invited back to Kuala Lumpur, Malaysia to be the Closing Key Note Speaker at the Asia HRD Congress 2016. It was my third time as a Key Note speaker at this conference over the past decade, although they used to call it the World HRD Congress. I really do enjoy speaking in other parts of the world and seeing how the message of emotional intelligence is received. As different as we are, we are far more similar.

All the speakers at the conference this year were speaking around the topic of emotional intelligence in one way or another, and that our progress as a species requires more EI. For the purposes of this post, allow me to review my notes and highlight the ways in which speakers were talking about EI. In the brackets following the various concepts referred to by the speakers, I have inserted the underlying EQ competency from the Bar-On Model of EQ.1

The first speaker (Murali, from India) spoke about human resource information systems and said that some of the reasons for moving from “metrics to analytics” is that recent studies show employee engagement to be abysmally low at 13%. Employee engagement is how employees feel about their work, hence the need to be more focused on feelings and emotions. It’s critical that leaders use empathy to know whether employees are experiencing a sense of being involved in what has meaning and purpose (self-actualization).

“We are emotional beings. Always.” – David Cory  Tweet This!

The next speaker was my long-time friend and colleague, and the person who invited me to the conference, Dr. Palan, from the SMR Group based in KL, Malaysia. Dr. Palan spoke about VUCA, which I had to admit, while I had heard it as a business buzz-word, I had forgotten what it stands for: Volatility, Uncertainty, Complexity, and Ambiguity. Another way of saying, “hey, it’s crazy out there!” And we have to find ways to deal with the craziness of our times without a concomitant drop in effectiveness (stress management, optimism, flexibility, reality testing, problem solving).

The next speaker (Manoj Vasudevan, Singapore) told a story from which he derived many lessons for our times. He also shared that a friend told him, “I never felt like I was part of the company and so I had no motivation for the work.” This friend probably lacked a sense of meaning and purpose (self-actualization) as a result of not feeling connected to others (interpersonal relationships). He also emphasized the importance of ‘initiative’ (assertiveness), ‘attitude’ (optimism), and ‘confidence’ (self-regard).

Sally Rylatt from Australia talked about the fact that we are all biased (reality testing) and that if we don’t understand the ways in which we are biased, it could interfere in how we approach challenges and how we problem solve.

The next speaker was Segunah Verumandy, Human Resource Director, GE Gas Power Systems-Asia Pacific who talked about the importance of empowering and inspiring employees so that ultimately we can empower and inspire each other (empathy, self-regard2, interpersonal relationships, optimism). She went on to talk about how they are eliminating performance ratings and replacing them with a much more humane system, as she described they are moving from “labeling people” to “recognizing impact.” I thought what an emotionally intelligent way to deal with employee performance. Rather than have people feeling negatively impacted by a performance review, they are giving employees the critical feedb ack they need to improve their performance and the recognition and acknowledgement of superior performance. She wrapped up with the old African saying, “If you want to go fast, go alone, if you want to go far, go together.”

The next session was a panel of HR specialists who had a wonderful discussion of various issues.

“If not inspired, talent is wasted… the leaders job is to respect employees, thereby mobilizing their energy”

I picked out the words inspiration, engagement, integrity, and energy – all of which are understood and developed through emotional intelligence skills such as self-actualization (doing what has meaning and a sense of purpose), emotional self-awareness, and optimism. Integrity can be best understood as walking one’s talk or aligning one’s goals, values, and actions. This is when employees are motivated for optimum productivity and effectiveness. One speaker talked about organizations needing “great spirit” from employees, “we must engage the head, the heart, and the hands.” He also spoke about the importance of mindfulness and mentioned the fact that Google has a course on mindfulness. In fact, it was Chade Meng Tan who created the course on mindfulness along with Daniel Goleman, who popularized the concept of emotional intelligence in his 1995 book of the same name. Tan’s book, “Search Inside Yourself” was about emotional intelligence and how one can develop their emotional intelligence skills through mindfulness.

“Important to organizations are 1) integrity 2) intelligence and 3) energy.”

Then Dr. Amatt Taap Mashor spoke about star performers, which is not usually a favourite subject of mine as I feel there can be attention to the wrong things, however, he began by defining stars as “those employees who consistently produce the greatest results in support of the organizations goals.” And then went on to say that all employees can be stars when they are in the right role (self-actualization).

Get certified to do emotional intelligence assessment!

Dr. Sivisailam ‘Thiagi’ Thiagarajan from Bloomington, Indiana was the second last speaker and I have met Dr. Thiagi a few times before at various conferences in North America and I know him to be quite a joker. But he still gave me quite a start when ten minutes before he was to begin he stopped by my table and informed me that he was feeling ill and I was going to have to take his spot. It took me a second to realize he was kidding and not actually feeling ill. He then went on to give a brilliant and hilarious talk about gamification and how it can be used to increase motivation for almost any task. He gave many examples and so when it was my turn to close the conference I began with an ‘on-the-spot’ game inspired by Dr. Thiagi. I gave all delegates 2 minutes to collect business cards and the one with the most cards after 2 minutes was the winner. A delegate collected 21 cards and won – a beautiful limited edition EITC pen.

My closing key note contained the key message that we are emotional beings – always. Not just at home, but we bring our emotions to work. And we interact with each other at work in emotional ways. And we are evolving as human beings. Traditional ways of organizing the workplace and dealing with people at work are no longer acceptable. Dominating others as in the traditional hierarchy has never felt good, but now it is becoming more and more alienating of employees in a time when we need to engage employees more than ever to attract and retain top talent. Finally, I provided what I call the 5 Keys to EQ, which is a rough approximation of the model we use. The 5 Keys to EQ are understanding more about emotions as they relate to: 1) Self 2) Others 3) Situations 4) Stress 5) Attitude. Which are a simplification of the categories of skills of the MHS Model of EQ: 1) Self-Perception 2) Self-Expression 3) Interpersonal 4) Decision Making 5) Stress Management. I ended by encouraging delegates to learn more about emotional intelligence as the scientific foundation of the many concepts that were discussed during the day. These concepts discussed by the leading minds in HR in Asia demonstrate that we are changing the workplace and shaping it to become a place where employees look forward to coming each day and where they feel empowered and inspired to make their best contribution.

David Cory, M.A. is a leadership performance consultant specializing in individual and organizational performance improvement. And he's the founder of The Emotional Intelligence Training Company, Inc. which is celebrating its 20th anniversary of delivering leadership courses based on EQ and the EQ-i 2.0 Certification Course all over the world.
More about David → 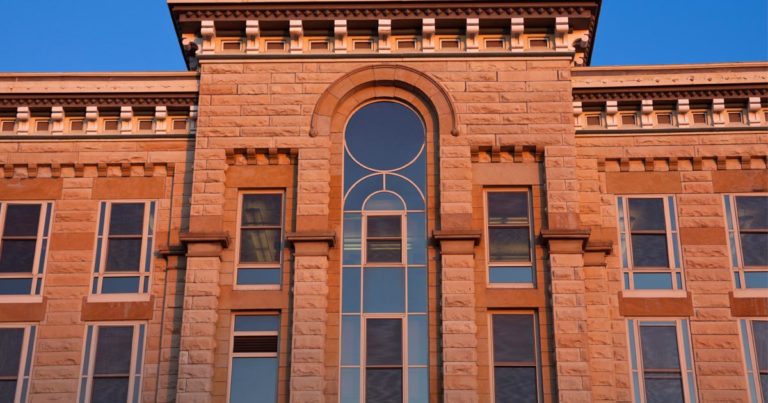 Rebecca Miller and the team at Core Elements and I continue to work with our First Nations organizations. It is so interesting to me the unique issues that these organizations face that challenge organizational effectiveness. It reminds me of the managers we worked with in China. While the issues are completely different and unique to…

At the end of the first day of each certification course, we will be inviting all past course participants to come join us. We’ll be meeting up at the hotel lounge to network and learn … 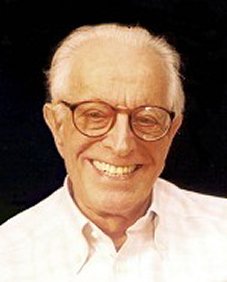 The EQ tool for April that I would like to share with you is a wonderful tool for looking at the self-limiting beliefs we hold onto. Looking at beliefs is a critical part of emotional intelligence and fits with the EQ competency of emotional self-awareness. It’s called the 12 Irrational Beliefs created by Albert Ellis,… 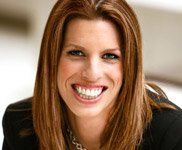 Please join us in welcoming the newest member of our team, Jenn Lofgren. Jenn’s background includes over fifteen years of experience in coaching…

Thank you to the University of Calgary’s Schulich School of Engineering for inviting me in to provide EI training to students. And also kudos. In very progressive fashion, the School of Engineering is offering future engineers more than technical training. They are preparing engineering students for the complex, human world of the modern workplace through…